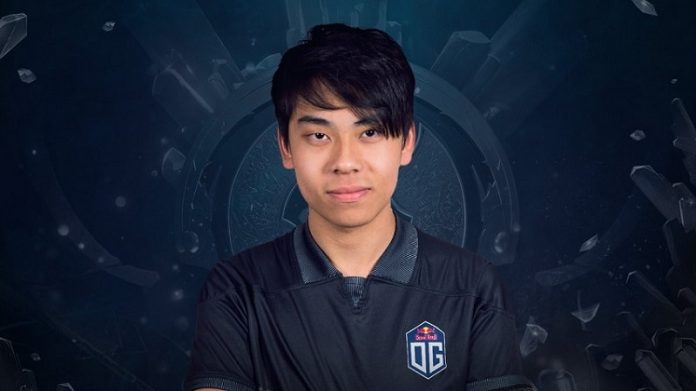 Sport has been around for centuries, with people going head to head in a variety of games as a way to see who is best.

eSports, on the other hand, has only been around for a few years, but that hasn’t stopped it becoming one of the most cash-rich options out there.

Talk to Melbourne teenager Anathan Pham and he’ll explain just how much money you can win if you’re at the top of your game.

Anathan Pham scored a cheeky $4.62 million after his five-man team clinch victory at the Dota 2 tournament The International in Shanghai over the weekend. The group was collectively paid a whopping $23 million.

That pay cheque alone would have placed him 13th, according to the Australian Financial Review, on the list of Australia’s biggest earners in sport. That’s above the likes of cricketer Steve Smith and tennis bad boy Nick Kyrgios.

Over the course of his career, which started when he left Australia to play professionally in Asia at the age of 16, Mr Pham has won an impressive $8.9 million.

This is being seen around the world as companies deliver massive payouts to eSports champions.

A 16-year-old American took out the first Fortnite World Championship competition in New York City earlier this year, walking away with a nice USD$3 million cheque.

It was the largest prize pool in eSports history and the competitors from the different categories shared in USD$30 million (AUD$43 million/£24 million).

But it was Kyle Giersdorf, who’s online moniker is Bugha, who claimed the top solo win at Arthur Ashe Stadium, which is the ground that usually holds the US Open tennis tournament.

He had been training up to 10 hours a day in his home city of Philadelphia in order to prepare for the competition. The finale had 100 players all vying for the top spot and they were the best of the best of around 40 million people who applied.

“All I want is a new desk and maybe a desk for my trophy,” Kyle said after his win. “I’m just so happy. Everything I’ve done, the grind, it’s all paid off. It’s just insane.”

He gained 100,000 followers on Twitter after the win, where he’ll no doubt drive up more fame and more dollars from playing video games.