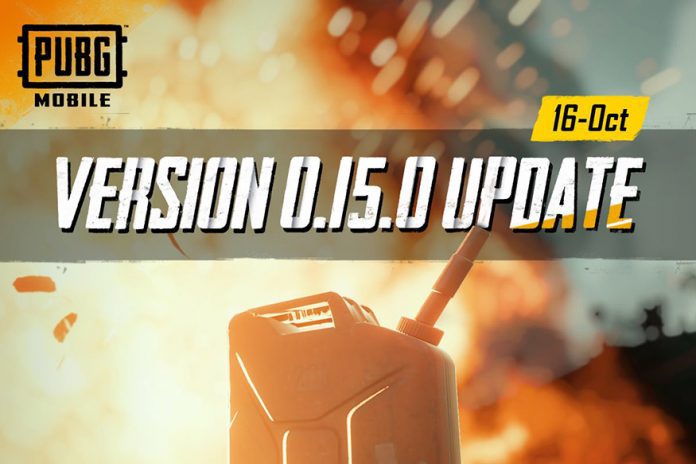 PUBG Mobile will be getting a new update next week. We had reported about version 0.15.0 a few days back and we now have a confirmation that the update is arriving on October 16. Expect new features as well as the all-new action-packed Payload Mode which will include the ability to fly helicopters and kill enemies using heavy artillery including rocket and grenade launchers, homing missiles and more.

The update is said to have leaked on beta, so if you do a bit of research you can get an early hands-on the new features before the official release. We also have the complete patch notes for the 0.15.0 update:

Payload Mode: On the bass of the classic competition, increase the flight vehicle helicopter experience land and air combat, compete for the power of the super weapon box to feel the heavy fire weapon, and use the communication tower to recall the eliminated teammates, new gameplay, firepower upgrade , doubling the double!

Find the helipad on the island map, you can drive and ride the helicopter to battle from land as well as air

Pick up the eliminated teammate ID card and go to the communication tower to recall the teammates!

M3E1-A missile: a missile that uses a rocket to launch a tracking vehicle

Air Raid Locator: Air strike bombing of the target area, which can be used to block roads or strategically cover

Vehicle repair kit: Respond to part of the health value of the vehicle and repair damaged tires

The Desert Eagle has the highest damage and bullet speed in PUBGM’s existing pistol-type firearms, which will be available on all maps

Compared to other firearms, the amount of damage and the speed of the bullets are outstanding, but in contrast, they have strong recoil when shooting with them

The gun uses a .45 caliber bullet and can be loaded with 7 rounds by default. (It can be increased to 10 rounds after the expansion of the magazine)

Supporting players to climb in the air allows players to move between buildings and buildings, containers and containers, allowing players to go to places that were previously inaccessible, thus changing the player’s ability to move, explore and survive

How to Ledge Grab: After pressing the jump button to jump, find the right time in the vacant state and press the jump button again to achieve the climb operation, which takes effect on all maps

The fuel oil barrel will explode after being attacked by firearms and throwing objects, causing range damage to the surroundings

With the new spray function, players with spray props can personalize the spray on any object, like walls in the battle scene

Spraying is a consumable item. It takes 1 shot once, and can carry up to 4 different types of spray into the battle

Now you can choose to enter the first person training ground

When the other players are clicked on the left side of the chat and invitation team, the player’s information tab will be displayed on the right side of the interface;

Now you can give space gifts to other players during chat, team formation, and battle settlement. The settlement can also increase the popularity value for the player

The current grenade can also be personalized, the model loaded with the grenade skin will not change, and the scope of the explosion damage will not change

When the player tries on a hat, helmet, face towel or backpack, it will automatically switch to the close-up of the bust

After the background update, players who are still using the old version will not be able to see the eyes when they wear the glasses. You can see them when you update to version 0.15.0

-Fixed some resource loading issues and improved fluency in combat

-Optimized the weapon loading logic, the player will be more smooth when entering the field of view

-Reduce the CPU usage of the main thread caused by UI logic, reduce the power consumption and heat of the device

-Optimized the performance of weapons and clothing art, improved the quality of textures, the accuracy of models, the calculation of lighting, etc

When the main lens control finger is in effect, the lens control function of the half screen of the subsequent inserted moving joystick is shielded. When the finger on the lens control side is raised, the lens control operation on the rocker side is realized. ——After implementation, it can reduce the probability of the player moving the lens by mistake after opening the mirror, and get a smoother shooting experience

When holding different types of firearms in the game, it will make different gun movements according to the type of hand-held firearms