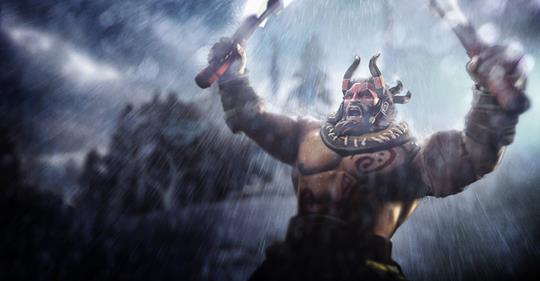 I play atleast 10 games everyday in the Immortal bracket and I have decided to share my thoughts on the current state of pubs in the 5600 – 6000 MMR range matches in the SEA region.

After Ring of Aquila got removed, Vladimir’s Offering became a very popular item and you will see it being picked up in almost every game by some hero in both teams. However, this item is best purchased on offlaners, and as soon as players started to realize this, the game shifted into a very fast paced meta where the offlaners buy tanky, teamfight oriented items like Crimson Guard and Pipe of Insight after finishing the Vlad’s. This makes their entire team extremely tanky and helps them win fights easily, and take objectives very rapidly. These items are so good currently, that players build them on heroes like Nature’s Prophet and Tidehunter also.

Solar Crest is also a very popular item on these offlaners as it boosts the carry’s damage output by a lot and it also makes taking Roshan really fast and easy.

Beastmaster is one of the most contested offlaners right now. Since Call of the Wild is back to being two separate skills, the cooldown for the Boar went down from 60 to 30. Using the Hawk has also become a lot easier since it requires no micro anymore. Boar’s damage type was changed from Piercing to Hero which increased its damage on heroes and towers by a lot, specially with a Vlad’s.

Apart from Beastmaster, the other popular offlaners in the meta are Centaur, Brewmaster and Sven. These heroes completely take over the game as long as they don’t make unnecessary mistakes in the laning phase.

Although dual lanes are still very popular right now, heroes like Earth Spirit and Tusk are heavily contested for position 4. These heroes are good in lane, and can make kills happen all over the map. Although ganking the mid-lane is not very easy right now, Ice Shards and Rolling Boulder are so good currently that they enable these heroes to get kills in the mid-lane even in this meta.

Most popular carry heroes in the current meta

The safe-lane has become less of a safe-lane and more of an offlane in this meta, as the carries are heavily pressured with strong dual lanes. Combos like Grimstroke-Sven and Tusk-Brewmaster are capable of melting heroes over and over in the lane, which makes life very difficult for carry players. This forces players to pick durable safe-lane heroes that can endure these strong combos. Juggernaut and Troll are the most popular heroes currently as they are very durable and are also strong late-game heroes.

Terrorblade is also a popular pick, even though he is very squishy – This is because he can transition into the jungle very quickly. A few Wraith Bands and level 3-4 is enough for Terrorblade to start jungling.

You will also see the occasional Magnus-PA lanes, even after the nerfs. This is because the combo is still quite strong if the other 3 heroes are able to hold the game until PA is ready to fight and Magnus gets a Blink Dagger. PA without a Magnus seems very weak though and it is almost never picked up.

Finally, Slark is also worth a mention as he is particularly good against heroes like Tidehunter, and the occasional Timbersaw that we see in games.

Last pick was always very good to have for the mid-laners, but in the current meta it has become very crucial. Since it is not very easy to put pressure on mid-laners anymore, it has become a lot more of a pure 1v1 matchup. This makes getting the counter-pick very important. If mid-laners get counter picked, they heavily depend on the position 4 players to help them balance out the lane. Otherwise the enemy mid-laner will have a free reign and will easily take over the game.

I have started getting a lot less boosters than before, after the huge ban wave that was made by Valve recently. Either I am getting very lucky, or maybe boosters started selling their accounts as soon as they hit Immortal.

That said, smurfs and account buyers are still very prominent in this bracket. It is very easy to figure out if someone is smurfing, as they often tend to either take over the game completely, or carelessly throw the game away after dying once or twice. It is easier to spot an account buyer, as they have absolutely no idea of what’s going on in the game. They have no clue about the meta, they pick random heroes and they make the worst items possible.

Has the meta become stale and boring?

I wouldn’t say that the meta has gotten stale already but I can understand why many people feel that way. The community has been waiting for the new hero, Mars to be out since the announcement was made. They have also been waiting for the new Ranked Season to kick-in, and since it is taking much longer than expected, players have become restless and there is a lot of talk about the meta being stale and people going “give us the new patch already Mr. Lizard”. Hopefully we’ll get the new patch after the Chongqing Major.