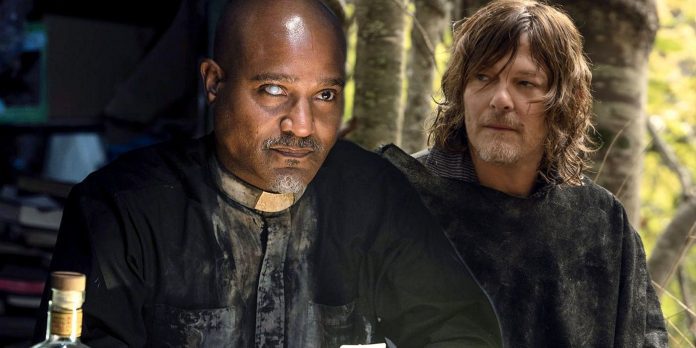 Among these new offerings will be an anthology show, Tales of the Walking Dead. By its very nature, Tales won’t have a recurring cast and will instead feature new stories with different characters across each episode. Tales can see old and even dead characters return, or introduce entirely new ones, the possibilities are basically endless. As such, it’s hard to know exactly what to expect of Tales, but The Walking Dead season 10’s most recent episode is strong evidence for the potential of Tales.

Each of The Walking Dead season 10 bonus episodes have been smaller stories featuring only a few cast members. The first focused on Maggie’s return while the second filled in Daryl’s time jump backstory. Its most recent, episode 19 “One More”, sees Aaron and Gabriel on a supply run. Every spot they check comes up empty, but eventually, they stumble on a stash of food and liquor. Gabriel and Aaron help themselves to it, and in the morning, they’re captured by the man whose supplies they stole. The following encounter between Gabriel, Aaron, and Mays (an excellent guest spot from Robert Patrick) is one of the most tense Walking Dead has delivered in years, with Mays forcing Gabriel and Aaron to play a twisted version of Russian roulette. Aaron and Gabriel survive through sheer luck and kill Mays before leaving, resolving the conflict entirely within the span of one gripping episode. It’s a wholly standalone story and it’s all the better for it. 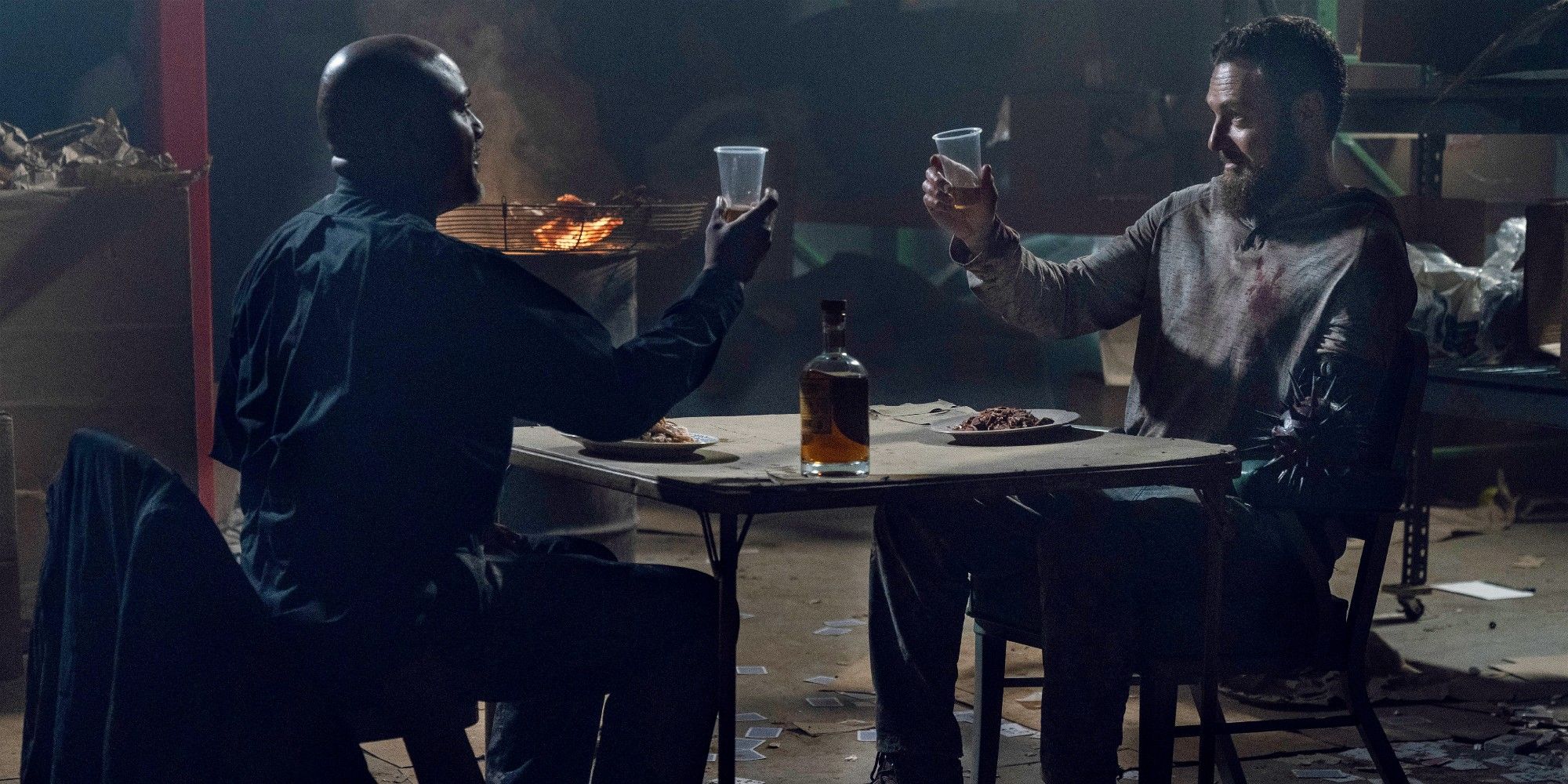 This is promising for the forthcoming spinoff, Tale of the Walking Dead, because it reaffirms how good Walking Dead’s stories can be when they’re small, standalone episodes unconnected to the larger narrative. The current circumstances of The Walking Dead season 10 may be what send Gabriel and Aaron on their mission, but the story is one that could take place within practically any previous season. The ensuing conflict with Mays and the tragic reveal of how he tortured his brother is wrapped up, leaving no threads to be explored in future episodes. This is in contrast to both of the previous season 10 bonus episodes, which purposefully left certain elements (the Reapers, Leah) unresolved, teasing future developments. And that in itself isn’t bad for storytelling, but it can build false expectations and be resolved so much latter it no longer feels relevant. “One More”, on the other hand, is a self-contained story that takes its characters through a harrowing adventure without needing to payoff or setup anything else.

The Walking Dead has had standout episodes in the past whose stories were mostly separate from the season’s main story; season 4’s “The Grove” and season 6’s “He’s Not Here” are examples of some of the best. And what episodes like these have in common with season 10’s “One More” is that while they are usually unconnected to the bigger arc, they still explore an arc for the characters in the episode, leaving them changed by the end of it. “One More” does this by challenging Gabriel and Aaron‘s faith in each other and the world at large, altering both of their perceptions through their experience with Mays. Stories like these are engaging no matter what else is happening on The Walking Dead, and sometimes even in spite of the larger narrative. And as that’s almost entirely what the anthology episodes of Tales will be, it’s a really good sign The Walking Dead still excels at this approach, suggesting the spinoff may deliver some of the best stories yet.

12 Linkin Park Songs That Have Helped People Through Dark Times